Les' music shows up in many popular iMixes at Apple iTunes! Jangle Pop iMix Great 12-string guitar songs at iTunes.
A Look At The Left Banke Left Banke fans will find this iMix particularly interesting since every significant cover of the hit catalog of that popular 60's band is featured. Les' "Walk Away Renee" has the kickoff spot and "I Could Make It Last Forever" is also there.
Dylan and His Friends Les' covers of Bob Dylan tunes "I Want You" and "I Don't Want To Do It" have gotten tremendous response at iTunes. They're both featured here in this iMix of Bob Dylan favorites and includes stuff by The Byrds, The Turtles and Dylan himself.
Super 70's iMix Download Les' smash recording of "Love Grows" along with other favorites from the heyday of AM Pop radio.
Summer BBQ2 Summer BBQ is the hottest iMix at Apple iTunes and Les' great song "God Bless California" is featured in the kickoff spot for "Summer BBQ2."
Sounds Of Summer Les' "A Day At The Beach" is one of the download highlights of this Summer tunes package from iTunes!
Rubber Soul w/o The Beatles Download "Think For Yourself" from "Love You 2" and an Instrumental version of "If I Needed Someone" from "While My Guitar Only Plays" along with 12 great other versions of songs from The Beatles "Rubber Soul." 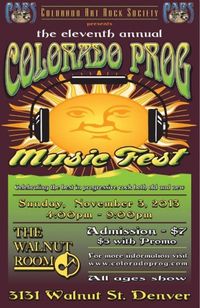 Les plays at 4PM! The Broncos have a BYE on this date so there is no game! 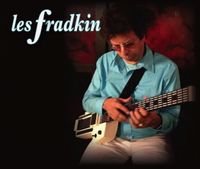 Cigna Health Springs presents the 6th Annual 2013 Silver Stars Competition. Les Fradkin is among the 10 Finalists in Competition for the winner's slot.

We have lift off to the 2nd Annual Indie Music Channel Awards April 28th 2013! I've been Nominated for Best Classical Artist of 2013 for my song "Lift Off". A unique moment for Classical Crossover, Rock AND Electronic Music.Lift Off features my brand new "discard the chromatic scale" tuning, using the Starr Labs Ztar to inaugurate FUTURISTIC musical performance!I will be heading to Hollywood, California to attend the awards pre-party on April 27 and the awards ceremony on Sunday April 28 taking place at the House of Blues Foundation Room in West Hollywood, Los Angeles to celebrate the 2nd Annual Indie Music Channel Awards!On Sunday April 28, 2013 HOB Foundation Room: Red Carpet Arrivals at 6PM. Awards Show at 7PM. And the "After Party"at 8PM. Thank you all for your kindness & support! See you there!!!!!!!!!!!!!!!!!!!!   Tickets at: http://www.houseofblues.com/tickets/eventdetail.php?eventid=80601